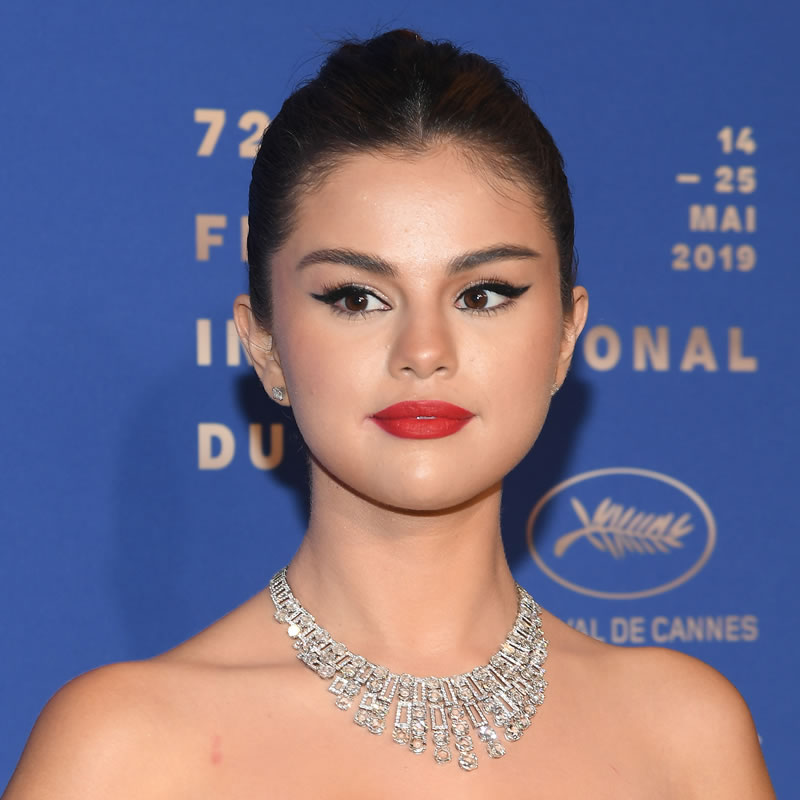 This is the fifth post in our monthly feature series, OBJ Weddings.

The Cannes International Film Festival on the French Riviera is the most glamorous red carpet event in the world…a 10-day extravaganza of new films, couture gowns, and high jewelry—especially diamonds. This year I was struck by the number of all-white wedding gown looks that A-listers (and their stylists) selected for the festival’s many photocalls.

As we head into the merry, marrying month of June, let’s explore how the dazzling white gowns at Cannes (with matching diamonds) will influence bridal fashions in the seasons ahead. 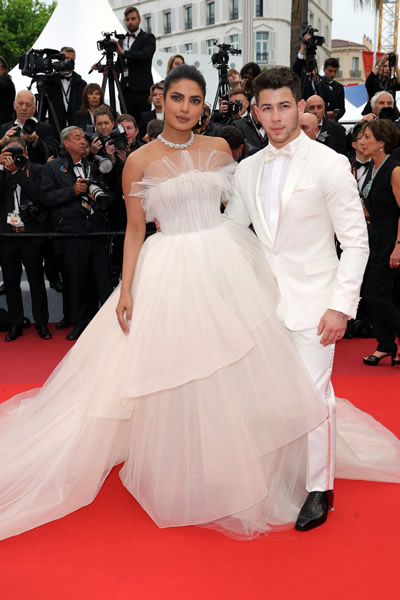 Priyanka Chopra and Nick Jonas at the 2019 Cannes Film Festival 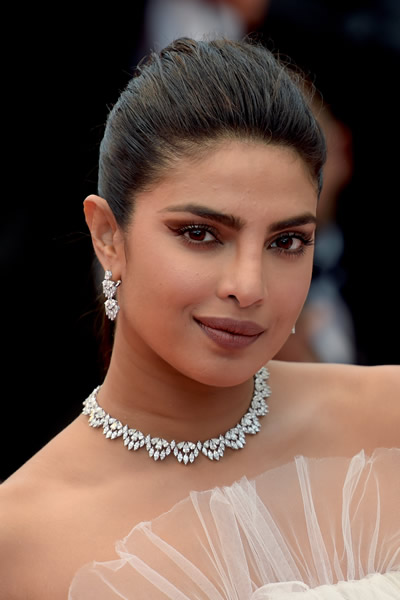 Priyanka sparkles in diamonds by Chopard.

[/one_half_last]
For the last two weeks I’ve been glued to Instagram as dozens of megastars walked a red-carpeted staircase that put even the Met Gala’s to shame. In the now-famous shot above, power-couple Priyanka Chopra and Nick Jonas pose arm in arm for the paparazzi.

Priyanka, who wed Nick in December, stunned in what many considered her third official wedding gown: a tiered tulle confection by Lebanese fashion designer Georges Hobeika from his Bridal Spring-Summer 2020 collection.

She accessorized her white gown in Cannes with magnificent diamonds by longtime festival sponsor Chopard. 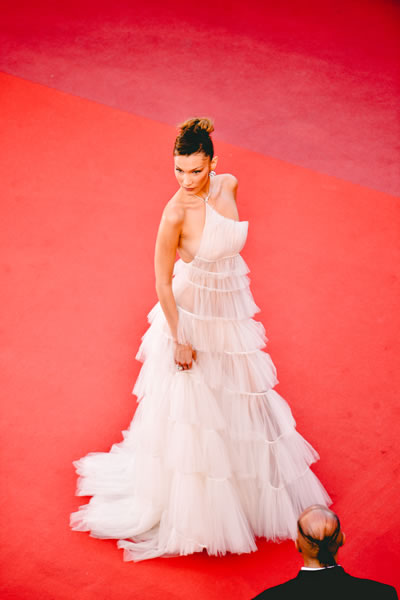 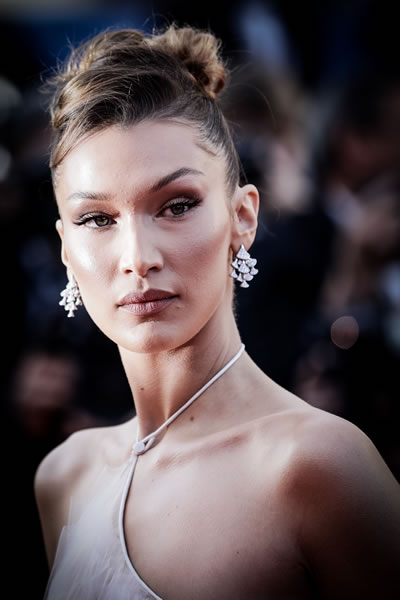 Will tiers be a major trend among the soon-to-be-married? I’m certain of it if influencers like Priyanka Chopra and Bella Hadid are any indicators. 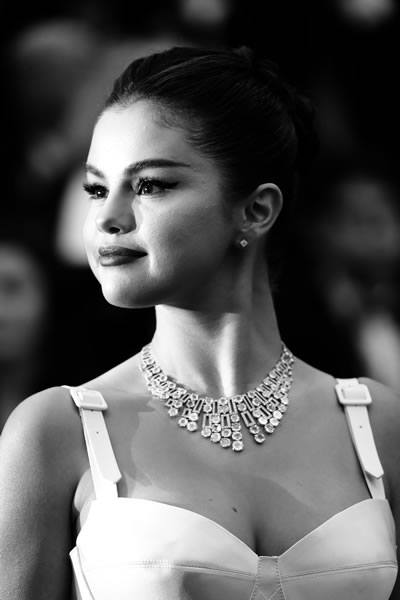 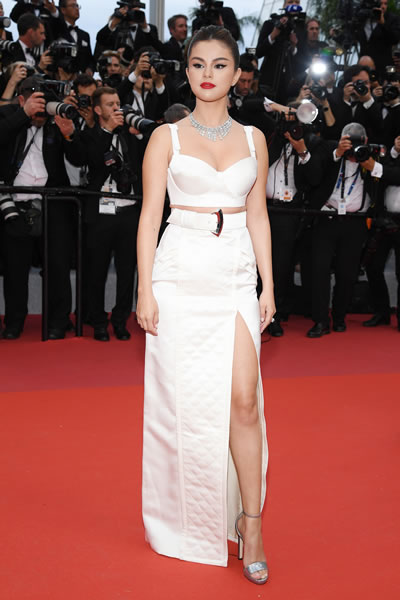 One of the first stars to appear in Cannes this year, Selena Gomez thrilled the opening night crowd in a white two-piece column, belted at the waist. Her custom Louis Vuitton satin bralette and high-slit skirt are not for faint-of-heart brides; but everyone can agree on her cool-girl diamonds from the Bulgari High Jewelry Collection.

Expect Selena’s spectacular necklace to inspire similar styles at all price points by the holidays. I predict more and more brides will be adding rhinestone, crystal or diamond collars to their wedding looks for Fall 2019 and 2020.

Once Upon a Time in Bollywood 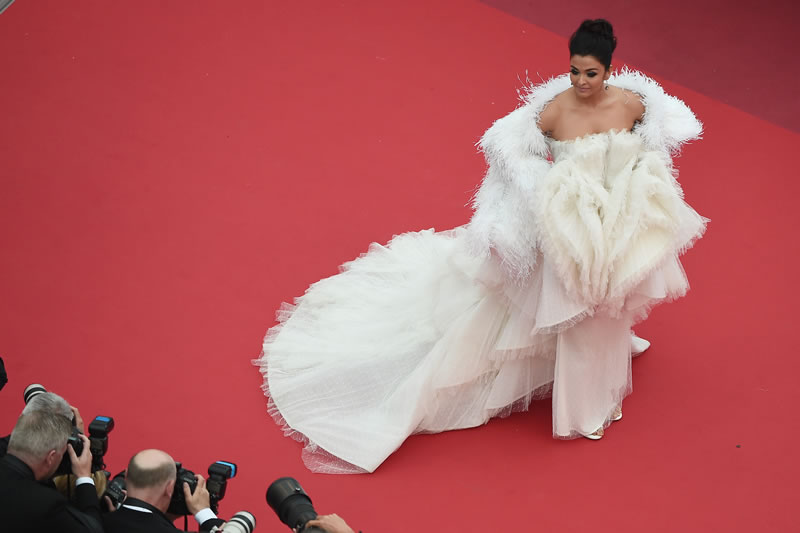 For her second appearance on the Cannes 2019 red carpet, Indian actor Aishwarya Rai Bachchan chose a strapless white gown and dramatic feathered cape by Ashi Studio. She accented the ethereal number with black and white diamond drop earrings by Avakian.

Feathers have been trending at New York Bridal Fashion Week for several seasons now. Consider something trimmed in marabou for your ceremony, reception, or after-party outfit. 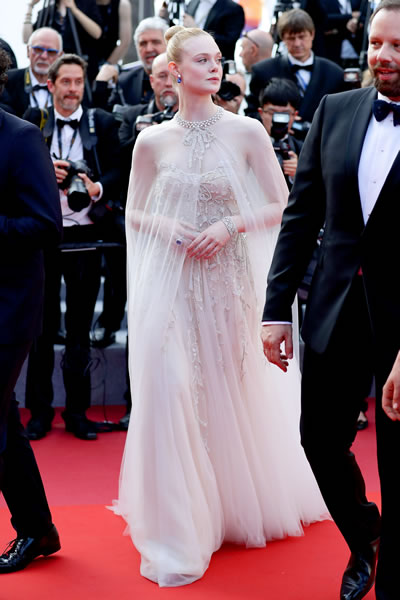 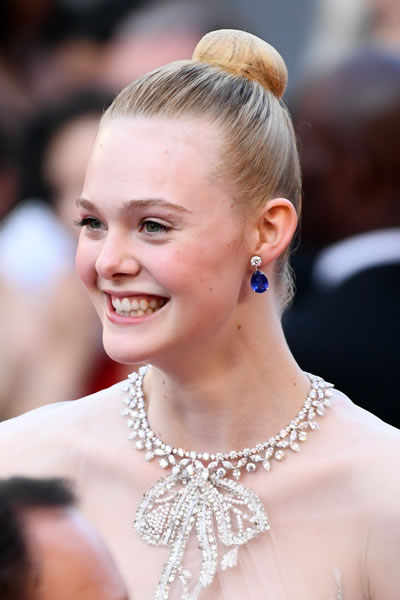 Elle Fanning in diamonds and sapphires by Chopard

Both of the fashionable Fanning sisters wore white gowns at Cannes. Elle appeared at the closing ceremonies in an angelic caped wedding dress by my favorite bridal wear designer, Reem Acra. She added a touch of “something blue” to her embroidered ensemble with regal sapphire and diamond drop earrings by Chopard. 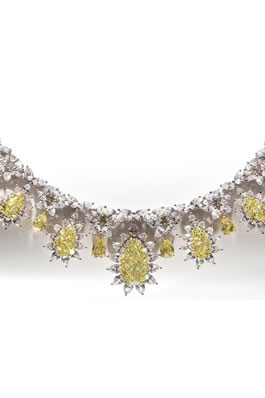 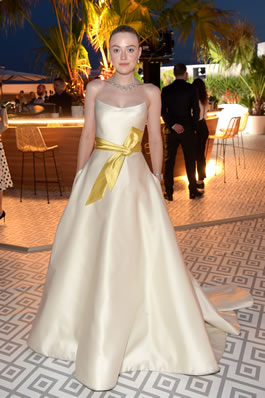 Dakota Fanning in Armani Prive and jewels by Chopard 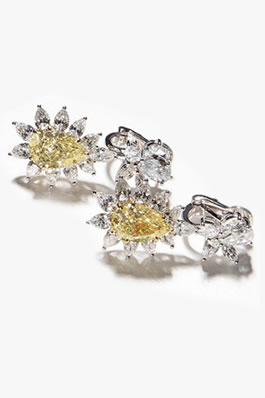 Earlier in the week, Dakota Fanning chose a white satin gown by Armani Privé, punctuated with a pale yellow sash; not a twee little bow, but an angular knot that looked young and modern.

Watch for 2020 brides to add pops of color to their all-white wedding looks. You may not be able to afford yellow diamonds like Dakota’s, but you can still sparkle in semiprecious stones to match your white gown’s colorful details.

This article is part of our ongoing OBJ Wedding Series. Click here to read other articles in the series. 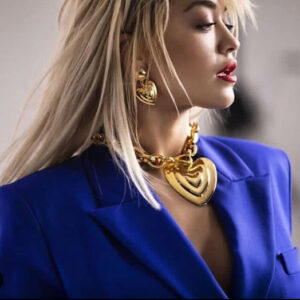 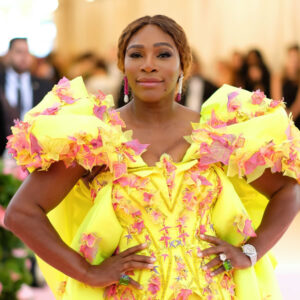 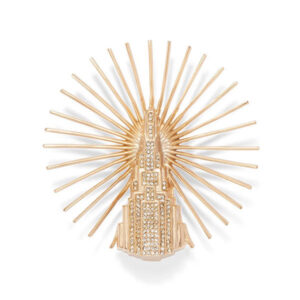 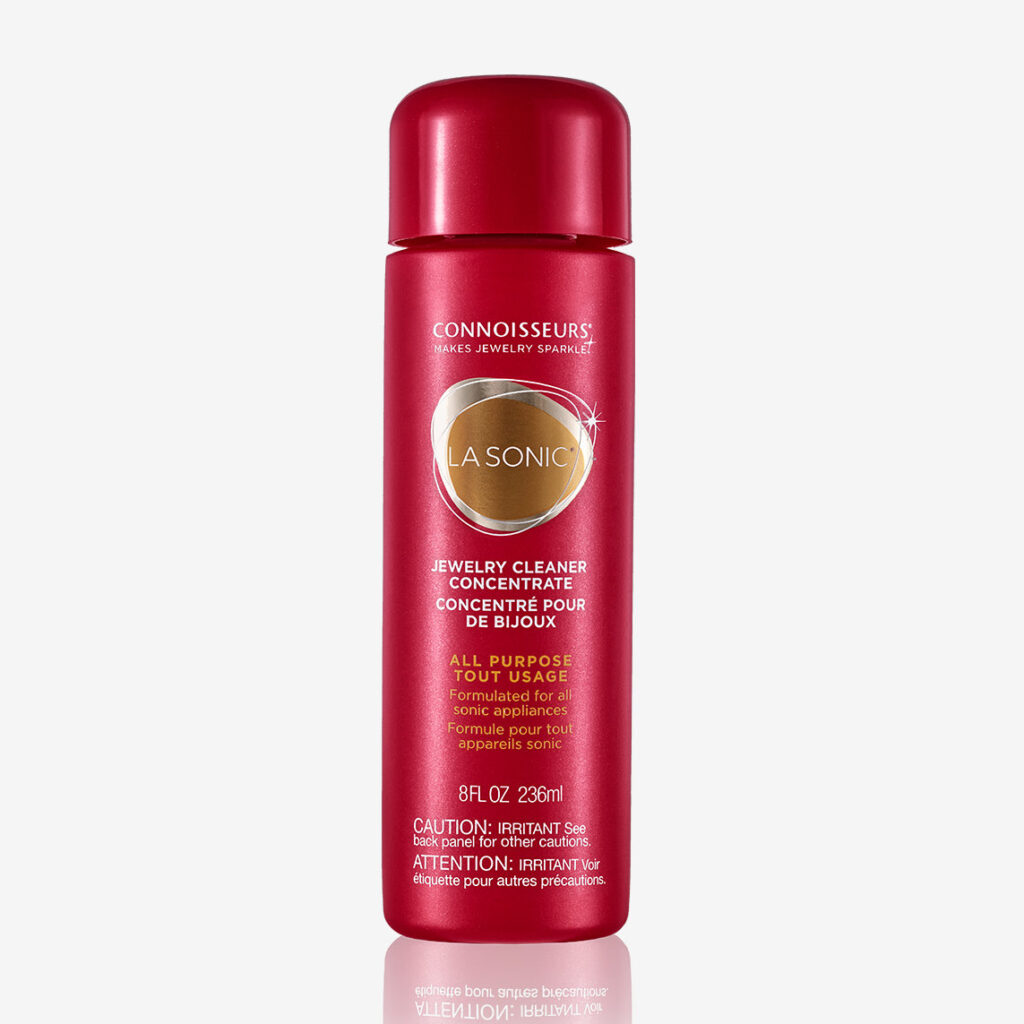 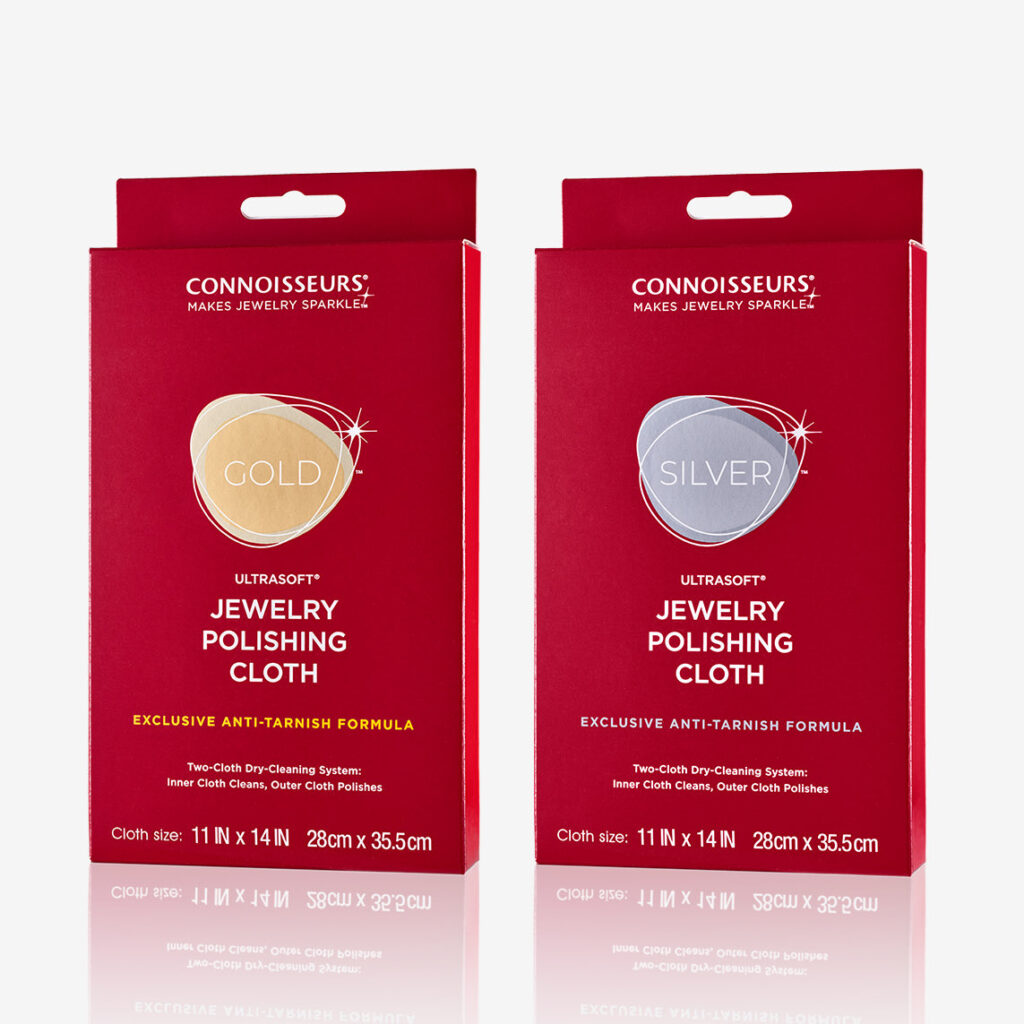 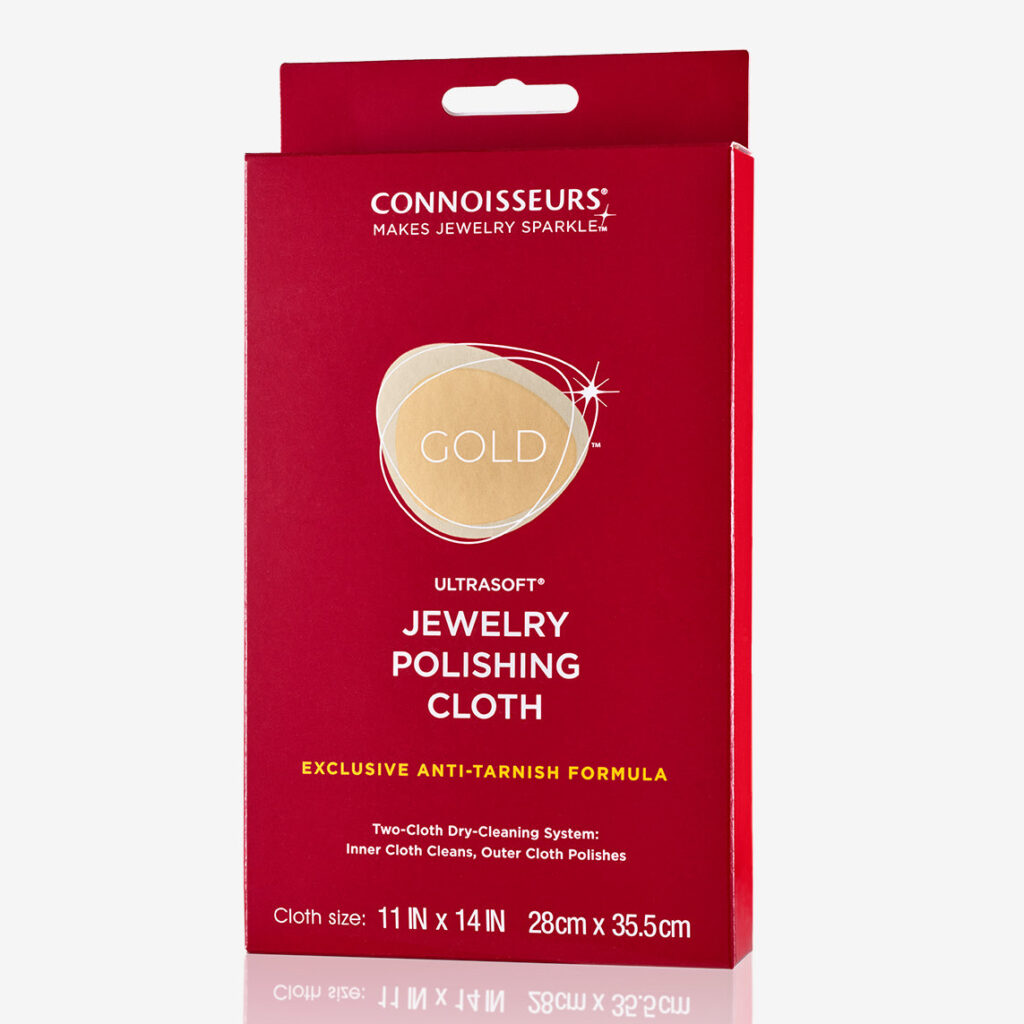